CLE is delighted to have won two awards at this year's News on the Block ceremony, held at Old Billingsgate, London. This year's News on the Block Awards combined the Property Management Awards and the Enfranchisement and Right to Manage Awards. Our transactional team won "highly commended" in the "Solicitors Firm of the Year" group in the enfranchisement and right to manage category, coming second only to a well-established and highly decorated Central London firm. Our litigation team won the "Legal Services Provider" of the year in the Property Management Awards, having fought off competition from a large group of outstanding firms. CLE is absolutely delighted to be recognised for the team's hard work.

We are temporarily going to suspend our monthly webinar series in December as it is always a busy time of year for all. We will restart our webinars in the new year with some new content and fresh faces!

The "Trolley Dash" article in the Law Gazette took a detailed look at the current property market following the ending of the stamp duty deadline at the end of September. The article also followed the Law Society's annual property law conference which was attended by many with high profile speakers. Dona was delighted to input into the article in the context of commonhold which can be read here.

Following interest in our COP26 climate change mini-blogs below, and in continuation of our "commonhold versus leasehold" series, we have now written a full article. The article explores the impact of climate change on multi-occupancy buildings, and which tenure is more climate-change friendly.

One of the significant advantages of commonhold is the flexibility to carry out works without the limitations that the leasehold system has. Any net zero works are likely to constitue "improvements", which most leases do not permit. This is where commonhold comes into its own as it allows the commonhold association to carry out improvements in a flexible manner. Existing commonhold associations may wish to explore the raft of government grants available for implementing net zero measures such as insulation installation or replacing their heating system with a carbon-neutral system. For new build commonholds, tackling climate issues is far more straightforward. Many new builds already offer net zero options such as electric vehicle charge points for example. With climate change becoming such a big issue, and with the flexibility that commonhold brings, surely this makes commonhold a better property ownership model? Next week, we will be looking at COP26 and leasehold.

With COP26 fast-approaching, it is clear that reversing pollution damage is going to be a world-wide effort. How can lawyers help? We think it starts with the office. CLE's head office is off-grid with as close to net-zero as possible - electricity from solar, water from a fresh-water spring next to the office, and heating and hot water from a pellet boiler. We are an entirely paperless office too to help keep our carbon footprint down. Our team also all work from home which avoids pollution-heavy travel. We will continue to work on our net-zero efforts! Next week, we will be looking at COP26 and commonhold.

CLE pleased to sponsor "Professional Services Provider of the Year"

We are delighted to be sponsoring the "Professional Services Provider of the Year" at the News on the Block Awards this year. The Awards combine the Property Management Awards and the Enfranchisement and Right to Manage Awards for the first time, with the ceremony being held in London on 30th November. The event promises to be a lively affair and will be attended by lawyers, valuers, managing agents alongside a prestigious judging panel. For more information on the awards please see here.

Following various changes to the notice to quit periods required to be given by landlords over the course of the pandemic, the notice periods have now reverted back to the pre-pandemic periods. Rent arrears claims will once again only require 2 weeks' notice and no-fault claims will require two months' notice. Both of the prescribed notices have also been updated to reflect these latest changes.

We are absolutely delighted to announce that Matthew Lewis and his wife have welcomed a healthy baby boy into their family. We are overjoyed by the announcement and wish the Lewis' well!

Following a busy summer, our team attended the first APPG of the Autumn. The APPG was well attended and highlighted the need to press ahead with various reforms. There were no substantial announcements made, but it is clear that the political appetite for legislative leasehold reform remains firmly on the agenda.

The CMA has issued an update in connection with their ongoing investigation into leasehold abuses. Countryside, one of the four developers originally investigated, has now reached an agreement with the CMA to address various concerns. The full update can be found here togther with the terms of the undertaking given by Countryside.

Mari delighted to be invited to Law Society roundtable

Following Brexit, the H M Treasury has launched a public consultation on Anti-Money Laundering Regulations and proposed changes which must be implemented before June 2022 when the current AML arrangement with the EU ends. Mari has been invited to join a roundtable meeting for the Law Society's "Small Firm" division to discuss these changes and to provide input into the Law Society's reponse to the Treasury's consultation. Mari very much looks forward to the meeting on such an important issue for all law firms.

"Commonhold and the Future" - LexisNexis webinar

Mari Knowles was joined by respected barrister, Rebecca Cattermole of Tanfield Chambers, to run a special webinar for legal publishers, LexisNexis. The webinar took a detailed look at commonhold and what the future may hold in a post-reformed world. The webinar also included a helpful analysis of the differences between the commonhold and leasehold systems. Rebecca also gave some fascinating insights into the problems with the leasehold system. The webinar can be viewed here.

Following an exceptionally busy 18 months for our team, we have decided to take a well-earned break from 23 to 30 August. Our offices will be closed during these dates but we will have emergency procedures in place. We have been delighted by the postive feedback and support given by our clients so far for our proposed firm-wide summer break. We look forward to coming back refreshed and ready for the Autumn!

We are absolutely delighted to confirm that Dona has been re-appointed to the Law Society's Conveyancing and Land Law Committee as their commonhold and leasehold specialist. Dona previously held the post before accepting a contract to work at MHCLG. Dona is very much looking forward to working with the Committee again, especially on the various reforms. Dona will continue to work with CLE alongside her new appointment.

Mari was invited to speak to post-graduate students at the London Metropolitan University yesterday. The talk was followed by a lively debate on whether commonhold or leasehold was a better tenure, and whether commonhold might work for communal spaces and buildings beyond residential premises. The discussion also explored build-quality and design if commonhold became the dominant tenure as developres will no longer have long-term interests in the buildings. The lecture and debate is available online on request.

MHCLG has issued a press release following confirmation that the building safety bill will be released today. The press release contains some of the details of what will be in the draft bill, including, importantly, a new obligation for building owners to explore alternative ways to meet remediation costs before passing them onto leaseholders. There will also be a new building regulator to keep residents safe. The full press release can be found here.

The CMA has published an update in relation to their ground rent investigation. It has confirmed that it has secured undertakings from two key developers to recitfy onerous lease terms. The terms of the undertakings are significant and could have far-reaching consequences for others. The full press release can be found here.

Following the Government's previous commitment to ban ground rents for new leases, the Ground Rent bill was mentioned during the Queen's Speech today. It reconfirmed the commitment to the ban and we now await sight of the bill to see what has and has not been included within it.

Following the announcement in January 2021 of the creation of a new specialist commonhold committee, the Government has now released further information. The update includes a list of the members, the terms of reference and an overview. The announcement shows the Government's keen commitment to make commonhold work as a viable alternative to leasehold going forward. The wide range of expertise on the committee is also indicative of this dedication. The full press release and documents can be found here.

The "Cambridge Report" on service charges is released by MHCLG

In 2018, the Cambridge Centre for Housing and Planning Research at the University of Cambridge was commissioned by the Ministry of Housing, Communities and Local Government to prepare an independent report on leasehold and freehold charges. The report has now been published in full and includes various statistics provided by a wide range of stakeholders. We are delighted that Mari Knowles was invited to assist with this research project. The full report can be found here.

We are pleased to see the swift release of the full Leasehold Reform (Ground Rent) Bill on the Parliamentary website following reference to it in the Queen's Speech yesterday. On a quick glance, it confirms that ground rents will be banned for new leases and also for the extended term of any informal lease extension. Proposed new penalties will be introduced to tackle any ground rents unlawfully demanded. The definition of a ground rent appears widely drafted to capture any less obvious ground rent. We will update our website once we have reviewed the Bill in full. In the meantime, the Bill can be found here.

Matthew Lewis chats to Block Management about commonhold - what is it, why is it better than leasehold, what do the reforms man? In an insightful interview, Matthew unpicks the thorny questions surrounding commonhold. Commonhold may become more popular in future years thanks to the reforms and this podcast is a great way to find out more about it. If you would like to listen to the podcast, it can be found on Spotify or Apple here.

Is forfeiture about to be abolished?

Continuing with our popular monthly webinar series, we have now finalised our schedule for April. We have included our ever-popular service charge triology on 20th and 21st April (including a dedicated major works session), a session on lease extension basics and pitfalls on 20th April and our cladding basics session on 27th April. We are delighted that Amanda Gourlay will be running a dedicated litigation costs session too. If you would like to join us for our sessions, please contact us on advice@commonlease.co.uk. 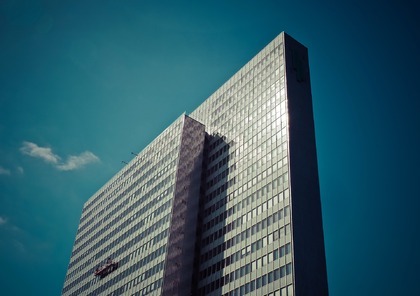